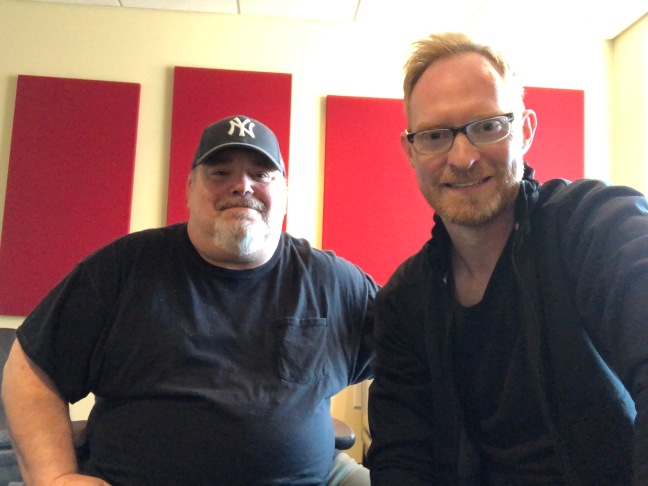 I recently spent time with my friend and songwriting partner Mark Irwin. Mark is a hit country music songwriter in Nashville. He co-wrote Alan Jackson’s Here In The Real World which was nominated twice for Song of the Year by he Country Music Association. Mark also wrote the hit song Highway Don’t Care for Tim McGraw featuring Taylor Swift and Keith Urban among many others. Mark has been signed to multiple publishing deals throughout his songwriting career. Today we are talking about how to network and make a name for yourself and how to make connections as a songwriter in a music town. We also talk about music publishers and the process of getting your foot in the door to get your songs heard so you can land a publishing deal if that is what you are looking for.

Networked by getting a job in a music venue and building relationships.

I knew the songwriting business was in Nashville so I packed up and moved here.

Networking and going to writer’s shows and meeting people who are doing what you’re doing is important.

It takes time of focusing and writing everyday to build up the writing muscle.

This is a relationship driven business. You find out about a lot of opportunities by building relationships with people.

People blow opportunities and relationships because of ego or arrogance

The process of connecting with a publisher:

Some people say take your best 2 or 3 songs and make elaborate demos. I think if you make a really good clean guitar or piano / vocal, then the song will sell itself. Then call places on your own. Find publishers willing to listen to outside (unsolicited) songs. Publishers will connect you with other writers and artists to write with and that helps build connections and is how I met Alan Jackson and co- wrote his first hit song “Here In The Real World.” It takes a while to build this up, it’s not overnight.

You still have to work a job even if you get signed to a publisher at least for a while.

Discipline yourself to make sure you are writing everyday and know why you moved to town to do music.

I was still working when my first hit single was out.

What’s the purpose of moving from one publisher to another?

Some publishers don’t have the kind of money that is needed to support a writer where they can stop working a normal job. Having a song that is a hit helps open doors to meet with other publishers. Bigger publishers can sometimes pay a draw against future royalties that you can live on while you write for that publisher.

When the person who signs you to a deal leaves and new people take over and you don’t have a cut for a while then you get dropped from the roster. It’s still a business.

Usually when you’re at a publisher and you have a decent relationship with them, you’re going to stay as long as you can because it’s hard to talk away from a catalog (Collection of songs you’ve written for the publisher). Usually if you leave a publisher it’s because you got dropped.

How long are you typically contracted to be with a publisher?

They can be different but my first one was 18 months, then the company has the option to pick you up for another year or dropping you. Usually after that it’s every year. They look at what they are paying you and any money coming in and decide if they want to keep going.

How many songs do you have to write per year?

Average is 12 songs by yourself or 24 if it’s a 2 way co-write. But if your doing it every day you’re going to write more than that.

A publisher will usually give you 2 or 2 1/2 years to get something going.

These days it’s more writing with artists. It’s harder to get outside songs cut meaning a song that the artist hasn’t written. If you’re aligned with an artist before they sign a deal you can get a publishing deal because you are writing with them when they sign a record deal.

Putting a song “on hold” means an artist is seriously considering recording it and they ask you not to pitch it to anyone else during that time.

What do you tell new songwriters that are coming into town trying to get their feet wet?

Coming into town cold is a tough hill to climb but there’s a lot of opportunities and people here willing to steer you. NSAI is a great organization for new artists. They set up meetings to play your songs for publishers. Join a (PRO) Performing Rights Organization – ASCAP, BMI, SESAC and meet songwriters at workshops, etc.

Don’t have a meeting with a publisher and present yourself until you have your best. You only have one chance to make a first impression. It really help if you have someone recommend you to get connected with a publisher.

Someone at ASCAP made a couple of calls on my (Mark’s) behalf years ago and got me in to meet a publisher and I got a publishing deal because of that.

There are a lot of ways to find champions in this town. Again it’s about relationships.

Taking meetings with a PRO helps and going to writer’s rounds and try to get up there and play as much as possible and if you see somebody doing something that really gets to you, try to start up a relationship and ask about writing.

No one’s going to knock on your door and ask if you want to be a hit songwriter. You have to go out and make it happen. You have to be proactive.

There are still opportunities and everyone wants to discover the next great songwriter.

What happens to your song catalog when you leave one publisher and go to a new one?

I still have the option to pitch the songs and the old publisher can as well. Or, if you can negotiate to own a portion of your publishing, then you can sell off you portion.

When first starting out you will not get to co-own your publishing. They pay you a monthly draw to live on and the way you get paid if you have a single is through the PRO for performance (radio, tv, etc.) There is also mechanical (sales). Usually a publisher will re coup that draw through the mechanical (sales) and leave your PRO alone. At that point they own 100% of your publishing and you own 100% of your writer’s share. So you split it 50/50.

If you have hits and are doing well you can renegotiate and sign a new deal. You have the clout to ask for a co-pub deal, not just your writer’s share. That has real value and another publisher will want to purchase that from you.

It’s in a publisher’s best interests to keep pitching your catalog even if you’re gone. But when they sign a new writer, that is their focus and it’s hard to look back even if they’re sitting on a great catalog of songs.

You can hire an independent song plugger to pitch your songs for you and you pay them a percentage of your share of the song or you can pay them out of pocket.

I (Mark) would rather give them a percentage (maybe 10% of the publishing and a cash bonus for every song you get cut.)

The song plugger might ask for an upfront draw to go out an pitch on your behalf. Each one is different but you can negotiate the deal, especially if they really believe in your songs.

Even if you’re an independent writer and don’t have a publishing deal and you own your publishing, you can hire somebody to pitch it. But you do need to register with a PRO (BMI, ASCAP or SESAC) because they are the ones collecting the money for you if you have a single out or on tv or performing live, etc.

These days it’s hard to get an outside song cut. There are a few writers still doing it but most of what you’re hearing on country radio, the artist or the producer is connected to the song in some way.

Sony Music Publishing has the clout to hook me up with young artists who are either signed to labels or they believe will be signed and trying to develop those relationships.

Large publishers have more access to artists that are on a label than some smaller publishers do.

Write and much as you can.

The more you write, the better you get at it.

Find an hour a day to write. Even to come up with a couple of lines.

Wait until you really feel like you have something special before you take a meeting, especially with a publisher.

You only have one chance to make a first impression.

Don’t just pitch one song. Anybody can get lucky with one song.

For someone just starting out, you don’t have to spend thousands of dollars on elaborate demos. A clean guitar/vocal or piano/vocal is enough if you can perform it well.

If you write more pop music where the track has to do with the feel, that’s different.

Listen and try to meet as many people possible who are writing. Inspiration comes from being impressed with somebody else’s work.

Get someone who is a great singer who is going to sell the song to record your demo and sound like the genre you’re in.

As long the melody and lyric can be heard, I think that’s the most important part.

Don’t be afraid to ask people if they want to write or if you can come in and play them songs because if you want to get things out of this world, you have to ask for them.

No one’s going to give it to you. You have to ask.